Skip to main content
It looks like you're using Internet Explorer 11 or older. This website works best with modern browsers such as the latest versions of Chrome, Firefox, Safari, and Edge. If you continue with this browser, you may see unexpected results.

Is this Act in force? - How to find out

Once passed by both houses, a Bill is presented to the Governor or Governor-General for assent on behalf of the Queen. Once a Bill has received Royal Assent (its Assent date), it becomes an Act of Parliament and is assigned an Act number. The Act does not become a part of the law until it is proclaimed to be operational or, in other words is deemed to be In-force. This is sometimes referred to as the Commencement date of the act.

For example, the Stamp Amendment Act 2003 (WA), though assented to on the 20th March 2003 did not come into operation until 1 July 2003.  This amending Act inserts many new provisions into the Stamp Act 1921 (WA), some of which affect the day to day business of vehicle dealers and others, so it is important to know the commencement date of an amending Act.

Acts usually come into force on either Royal Assent, Proclamation, or on a specific date.

Individual provisions may come become operational at a date other than the rest of the act. Check section 2 of the Act for details.

If you don't have the sessional details for an act or an amending act and want to know if the provisions have come into operation, you can locate commencement dates in the online compilation for the amended act. 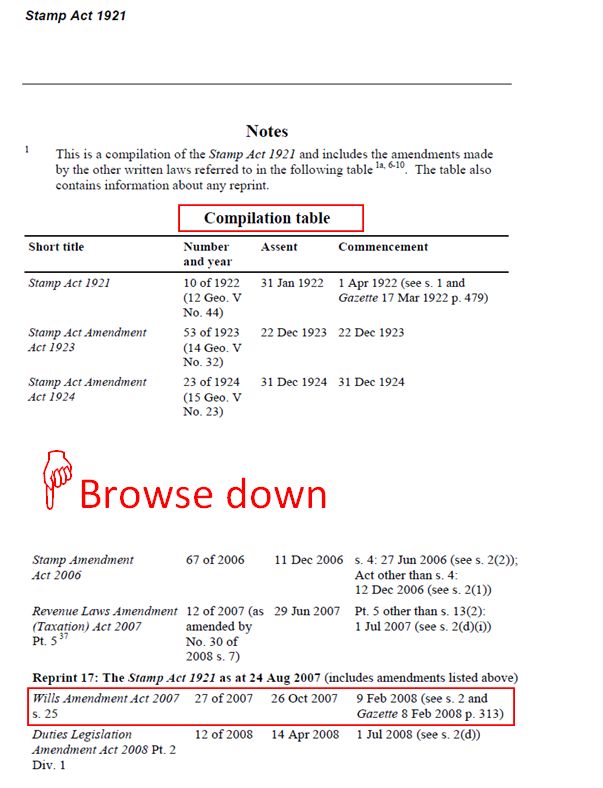 These resources are useful if you already know the sessional details of the Act. (Year & Number)