The Hierarchy of Evidence

As you move up the pyramid, the amount of literature decreases but its's clinical relevance increases. 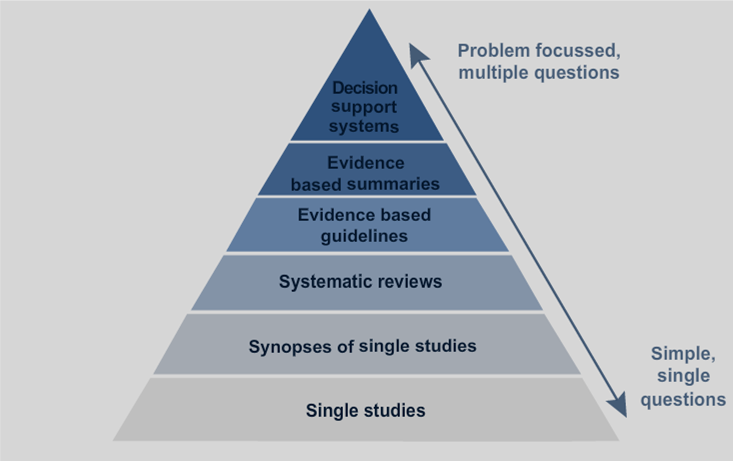 What is the Hierarchy of Evidence?

The pyramid above organises medical information into a hierarchy of evidence.

The lowest level of the hierarchy of evidence pyramid, Single Case Studies, can be further broken down. The pyramid below shows the levels of syntheses of one or more single studies where the ranking of the single study types themselves as evidence. 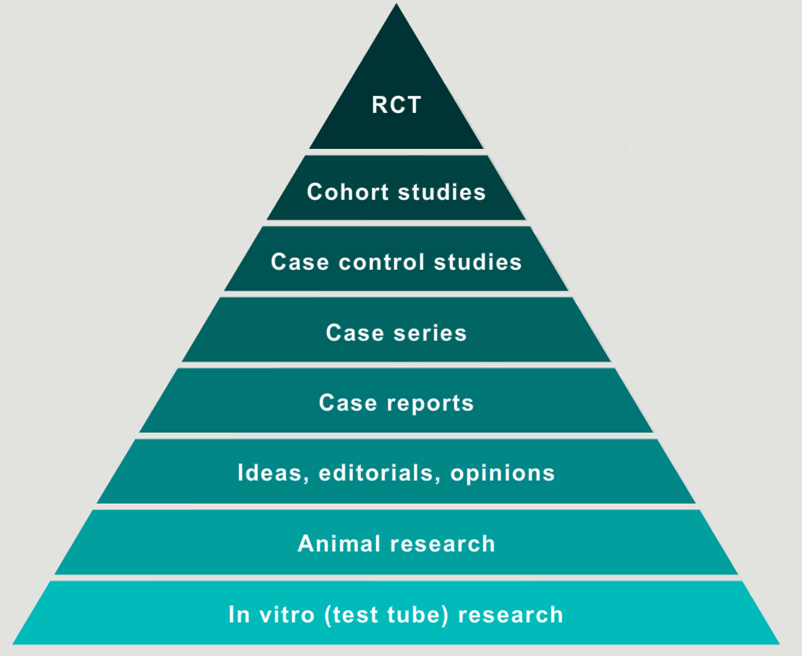 Definitions of Levels of Evidence